How A Baby Opossum And A Hero Dog Became Best Friends

It's always heartbreaking when you hear about the story of a baby animal left to fend for itself at a young age. Poor baby opossum Poncho had to endure such a fate when he was orphaned just after barely leaving the pouch. When a group of rescue workers decided to stop by the sidewalk to check on an adult opossum, their hearts shattered upon finding a baby clinging to her lifeless body. Without her mother, the baby opossum didn't have much chances, but the rescue team had something in mind. 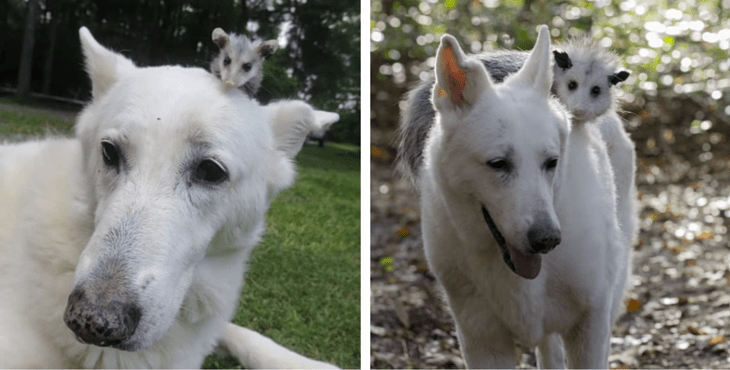